Ray is a great entrepreneur.  As the founder of a budding social enterprise, he gets involved in everything from accounting to sales, admin to strategy development.

He’s also a leader – raising money at charity events, working with influential members of the community, and being the biggest champion of those he’s trying to help.  He tries to spend time with friends and family, but often works late into the night and can’t turn his mind off from thinking about his business.

But if you catch him in a moment of honesty, you’ll find out that it’s not as easy as it appears.  He’s exhausted.

Ray can’t say no.  And because he can’t say no, he’s spending his very limited time and energy chasing after things that won’t help his business progress.

He thinks that he needs to say yes to every opportunity that comes his way – to prove himself and his level of commitment, to build up his network, or to earn some additional income to buy more time to get his business off the ground.  He’s terrified of the consequences of saying no.

But something has to give.

Here are two ways to start saying no more often.

END_OF_DOCUMENT_TOKEN_TO_BE_REPLACED

What’s it like once you’ve battled those initial doubts and decided to launch a business?  Today, I’m delighted to introduce you to Katie Brown who has co-created and run successful and innovative health, wellbeing and arts services for over 15 years.  Here, she shares her motivation for shifting the focus of her business, Connected Wellbeing, to start something new and what prompted her to reach out for a helping hand. 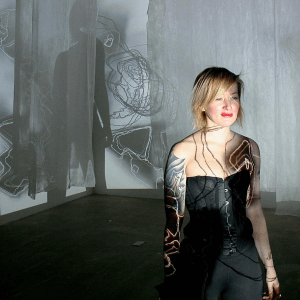 Before I started working with Danielle I had built a good reputation as a thought leader, innovator and speedily efficient problem solver in digital mental health innovation.  But I don’t think it was necessarily very easy to work out how to work with me.  I knew that I liked to do very creative and experimental work and working with like-minded people was very important to me.  But I wasn’t articulating that well.

I was also wrestling with the realization, that whilst I was working on innovative projects, the focus wasn’t quite where I wanted it to be.

Where am I now? END_OF_DOCUMENT_TOKEN_TO_BE_REPLACED

Have you heard yourself saying any of these statements since launching your startup? 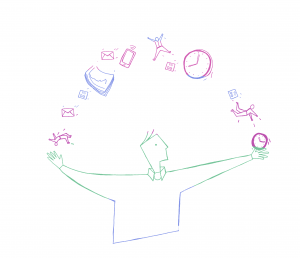 “How will I ever find the time to get it done?”

“Something has to give! It can’t continue like this.”

When you start a business, not only will you need to make all of the decisions, but you have to execute them as well. Suddenly you become the accountant, the marketeer, the sales person, the web designer, the employee, and the boss. The enormity of the tasks you need to do may start to feel overwhelming and when that happens, other areas of your life may suffer.

You don’t have time for friends and family. You sit at your desk all day without having a break.  And yet each day the list continues to grow. How will you ever get it all done?

Here are three secrets to best manage your time. END_OF_DOCUMENT_TOKEN_TO_BE_REPLACED